The harvest season is in full swing, and that means it’s time for the autumn equinox! This Sabbat is all about balance, harvest and gratitude. It’s also known as Mabon, after the Welsh god Mabon. In this blog post, we’re going to take a look at a Mabon Tarot spread. This is a time to give thanks for all that we have harvested throughout the year and to reflect on what we would like to bring into our lives in the coming season.

A tarot reading can help us to gain insights into what this season has in store for us. This spread is also perfect for divining what you should show more gratitude for during the harvest season!

This holiday has roots in Welsh mythology, where it is named after the god Mabon ap Modron. He was said to be born at the autumn equinox, and his name means “Divine Son.” I pronounce it as “May-bon”, and it has a ton of correspondences: apples, corn, cornucopias, pomegranates, grapes, ivy, acorns, and balance.

What is the Autumn Equinox?

Following on from the theme of balance, the Autumn Equinox happens to be the same date too – Mabon falls on the equinox, not the other way around. An equinox is where the day and night are the same in length due to the Earth’s orbit around the Sun, and it creates a balance. This happens twice a year, the midway point between solstices.

We have the Vernal or Spring Equinox on or around March 20-21, and the Autumnal or Fall Equinox on September 22-23. After this point, the days will start getting shorter in the Northern Hemisphere as we spiral towards Winter and the final season of introspection. How to celebrate Mabon?

There are many ways to celebrate this sabbat. One way is to give thanks for the harvest that you have gathered throughout the year. This can be done by making a feast with food from your garden, or by donating old winter clothing that you don’t want to keep to ensure others stay warm as it gets cooler.

Mending old clothing and making do with what you have is a great practice for patience and gratitude, as it is for self-care. Use acorns to create art or crafts with, dry fruits like apples and oranges for decor. Write a gratitude poem or cook foods that celebrate the themes above.

Every year so far I have managed to cook a Roasted Squash (in apple cider with apple slices), with maple roasted walnuts, fresh spinach and spaghetti. I cook the squash and apple with sausages as a traybake first, but if you’re vegan you can leave these out!

This tarot spread was created to enhance your Mabon celebration, whether with friends or by yourself. If you would like to make it even more magickal I’d suggest grounding yourself with an amber or topaz crystal beforehand, as they have correspondences to Mabon, and setting the vibe in the room with an essential oil blend (or simmer pot) such as cinnamon, apple, ginger, and maple.

To begin, shuffle your tarot deck and draw a card for each position as shown in the below layout.

Finally, take some time to reflect on the questions that each card position represents and what message the tarot cards in that position might be trying to tell you. If you’re just starting to learn tarot, or if you’re still getting to know your deck, you may find my in-depth articles on the meanings of every tarot card helpful. Tarot Card #1: How can I let myself shine more?

This card shows you what you may or may not already know about yourself; in times of darkness we need to look for the light, so how can you let yourself really shine? You may have been holding yourself back or humbling yourself too much – this card will guide you on how to move forward with embracing that spark that you need.

You may get the Two of Pentacles, which would suggest that you have all the resources that you need to make a change but haven’t been using them. If this is the case, it’s time for you to get organised and put those ideas into action!

Tarot Card #2: Something to add to my gratitude practice

The Fool may show up, for example. What this may mean in this context is it doesn’t have to be big things, it could be as small as “I’m grateful to get started, and I’m optimistic about the things I have to be thankful for in the future”. It’s more about getting started, that is the main theme here.

This card will bring to light something that you may not have been aware of or something that is yet to come to fruition. This could be a project, an event, or anything else – it’s hidden because it hasn’t happened yet!

The Six of Cups often comes up in these types of situations; this suggests nostalgia, childhood memories, and things forgotten but you may look fondly back on. Check back old diaries of ideas, projects, date ideas or little adventures you wanted to go for way back when, and see if now is a good idea to get excited about them.

Tarot Card #4: What gifts or skills to share this harvest?

As multifaceted human beings, we all have something unique about us that can intrinsically help others and tarot is an amazing way to articulate how you can share this with those who need you.

This may look like The Hermit, whose main message is to go within and find the answers you need and share how introspection has helped you.

Tarot Card #5: What skills will help me moving forward?

This card will show you what skills or knowledge you currently have that will help you moving forward into the Autumn season. The Ace of Wands suggests that this is a time for new beginnings, and if this is the case then it’s time to get creative!

Tarot Card #6: What in my life requires greater balance?

We know this spread is all about balance. We know that Mabon is related to the equinox. We can’t have light without darkness, a day without night, hot without cold; and so it is with our lives.

This card will show you what area of your life requires more attention to bring the equilibrium that we so often seek. The Devil may appear here, which suggests that there may be something in your life that’s been weighing you down, or that you feel trapped by.

This is a sign to break free from any chains that are holding you back and to remember your personal power.

Tarot Card #7: What can I sit with in the dark?

This is a card about introspection and taking the time to be with yourself in the dark. This may look like The Moon, which can suggest that you need to spend some time in reflection, or it may be something else entirely, like paying attention to your moods and mental health.

Either way, this is a card about going within and understanding what it is that you need right now.

Tarot Card #8: How to prepare for Samhain

Most witches love autumn simply because of Samhain, the official end on the Wheel of the Year.

This final card will offer some advice on how to prepare for Samhain, the next sabbat after Mabon. This may look like The Tower, which suggests that you need to make some changes in your life in order to move forward. It may be time to let go of something that’s no longer serving you, or it could be a sign to make some big changes.

It may also pull a card like The Empress, which suggests to me that this is a time to focus on self-care and nurturing yourself.

If you pull any cards for Mabon at all, make sure it is this one: a card to share with you the lessons you are learning this sabbat and season. Harvest is a time for taking stock of what we have accomplished, and also a time for learning from our mistakes. The main lesson I see here is to be grateful for what you have, even if it’s not perfect. This may look like The World, which suggests that you are coming into a time of completion, or it may be that we haven’t learned enough from this cycle yet.

I hope you’ve enjoyed this sabbat-specific tarot spread, and I would love to hear from you what your reading has looked like! Tag me on all the usual social channels, and until next time, warmest wishes always xox 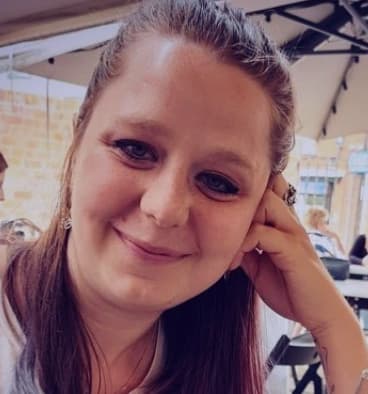 I have been passionate about reading divination for more than 15 years. This gives me a unique perspective when it comes to creating fun, supportive and creative tarot spreads. I hope they help you find the clarity and insight you are looking for.

More tarot spreads for you to try ✨

This page is part of our collection of free tarot spreads. If you enjoyed the read, then you’ll love the following articles. The Summer Solstice is a time of celebration and growth. This year, why not celebrate Litha with a tarot reading? This Sabbat is all about celebrating growth and joyous change, and there’s no better way to do that than with a tarot reading! Lammas is a time to give thanks for the harvest, celebrate the bounty of the land, and enjoy the fruits of our labors. 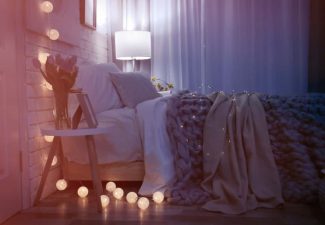 Are you looking for some guidance before bed? Are you curious about what the tarot has in store for you to offer rest, relaxation and a place to pause?